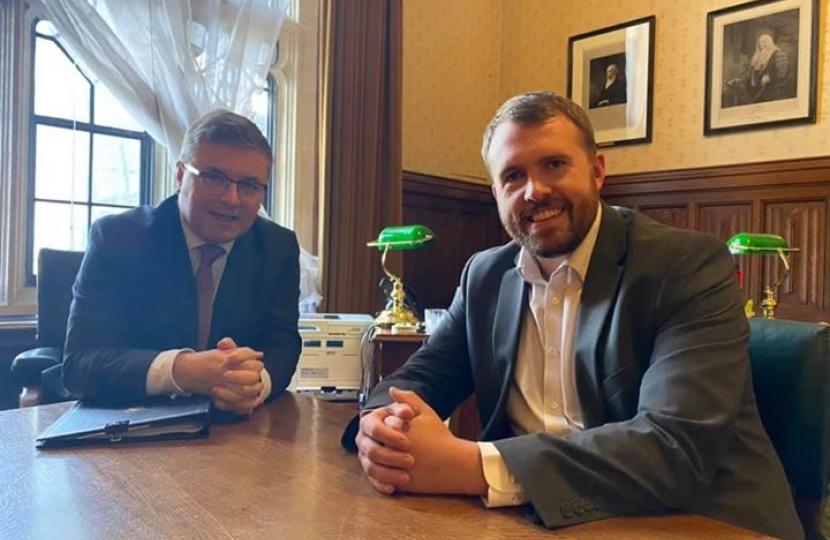 My colleague James Sunderland MP and I were delighted to have many Blue Collar Conservatives MPs back our Bill to make vandalising war memorials a criminal offence.

Following constructive meetings, I welcome the Justice Secretary’s  assurance that this Government is committed to cracking down on those people who show no respect for the war memorials and graves of those who fought so hard for our country.

It is beyond disrespectful and I hope that this will act as a deterrent to them and they will know such action will result in punishment.

Mr Buckland said: “I have been appalled to see pictures in the newspapers and on television of violence and vandalism at recent protests. They may not be worth a lot of money, but war memorials have enormous sentimental value which needs to be better reflected by the law. When I bring forward the government’s plans for sentencing reform, they will get the protection they need and those who vandalise them can expect to spend longer behind bars.”

The Desecration of War Memorials Bill will return to the Commons for its Second Reading in September.

The Bill defines war memorials as any physical object, grave, headstone or anything erected, created or installed to commemorate those involved or affected by a conflict or war, including civilians or animals, and will cover defacing by graffiti, burning, spitting, urinating or defecating.

Presently, the severity of the sentence judges can hand down for criminal damage largely depends on the monetary value of the damage done. Damage costing less than £5,000 to repair can only be punished with a maximum of 3 months imprisonment, while damage over that amount can be punished with up to 10 years in prisons.

Because of this, the government will back my idea to legislate that judges can hand down longer sentences if vandals target war memorials, regardless of their financial value.

Both James and I are happy to have introduced the legislation that will be law and I’m so thankful to all from Stoke-on-Trent, Kidsgrove, Talke and across the U.K. who have supported us in our endeavours.

It was great to team up with Councillor Lesley Adams, Burslem Park and be joined by local volunteers, Nkita and Bella for a community litter pick.

It is so important we respect our environment so it can be enjoyed by all and protected for future generations.