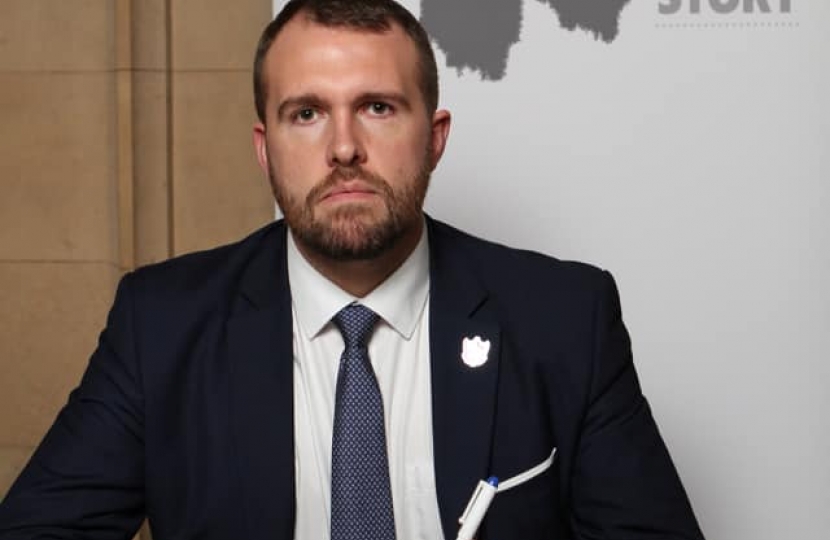 MP for Stoke-on-Trent North, Kidsgrove and Talke joined survivors of the Holocaust and more recent genocides and politicians at a reception in Parliament to mark the launch of a new digital campaign urging people to ‘Stand Together’ and commemorate the lives of individuals murdered by the Nazis.

Jonathan is due to meet with representatives from the Jewish Leadership Council in the coming weeks to discuss issues of concern to the Jewish community and make himself known as an ally.

Holocaust Memorial Day is the annual day of commemoration of the Holocaust, Nazi Persecution and more recent genocides in Cambodia, Rwanda, Bosnia and Darfur.

Speaking after the event, Jonathan said:

“It was an honour to sign the Holocaust Educational Trust’s Book of Commitment, and I intend to do so every year I have the privilege of representing the people of my constituency. Hatred, bigotry and prejudice categorically have no place in our society, and I will do everything in my power as an elected representative to champion traditional British values of acceptance, respect and justice.”

“Holocaust Memorial Day is an important opportunity for people from Stoke-on-Trent North, Kidsgrove and Talk and across the country to reflect on the darkest period of European history. As the Holocaust moves from living history, to history, it becomes ever more important that we take the time to remember the millions of and also pay tribute to the survivors.”

“As the Holocaust moves further into history, it falls on all of us to ensure that their stories and the stories of the 6 Jewish million men, women and children brutally murdered by the Nazis, are never forgotten. We all have a duty to remember the Holocaust and to stand up against antisemitism and hate, now more than ever.”