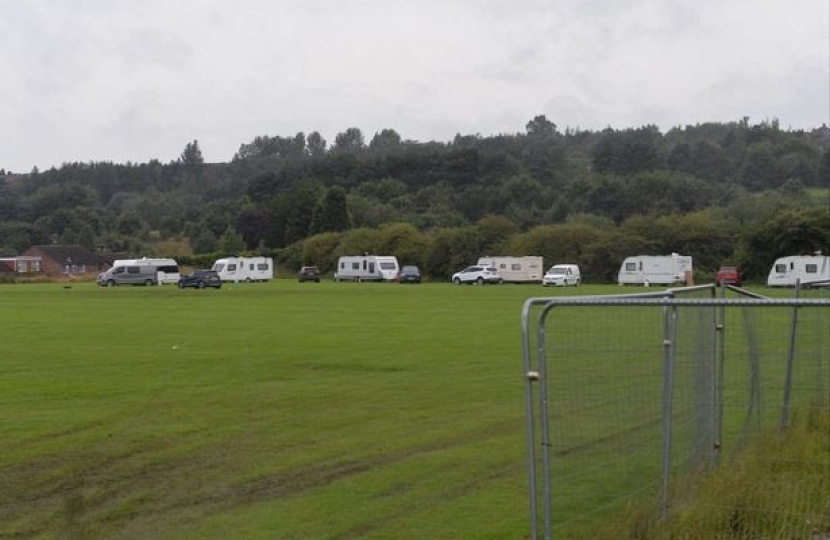 This followed reports of an illegal encampment on the playing fields near Burnwood Community School off the Chell Heath Road.

Jonathan has thanked the City Council for their swift action by going to court seeking a possession order.

In 2018, it was reported nearly 4,000 caravans were on unauthorised sites across Staffordshire. The cost in tackling these illegal encampments are high.

Jonathan has therefore suggested that Stoke-on-Trent City Council follow their counterparts in Wolverhampton and seek an injunction from the High Court to protect the city's green spaces and vulnerable sites against unauthorised encampments.

"It is crucial that we remember the vast majority of the travelling community are law abiding people, but equally the rule of law must be applied to everyone.

"Illegal encampments incur significant legal and clean-up costs. By getting a High Court injunction to protect sites across Stoke-on-Trent it will allow the Council to evict travellers encamped on the protected sites more quickly and save taxpayers' money.

"I hope the City Council will lend their support to my campaign." 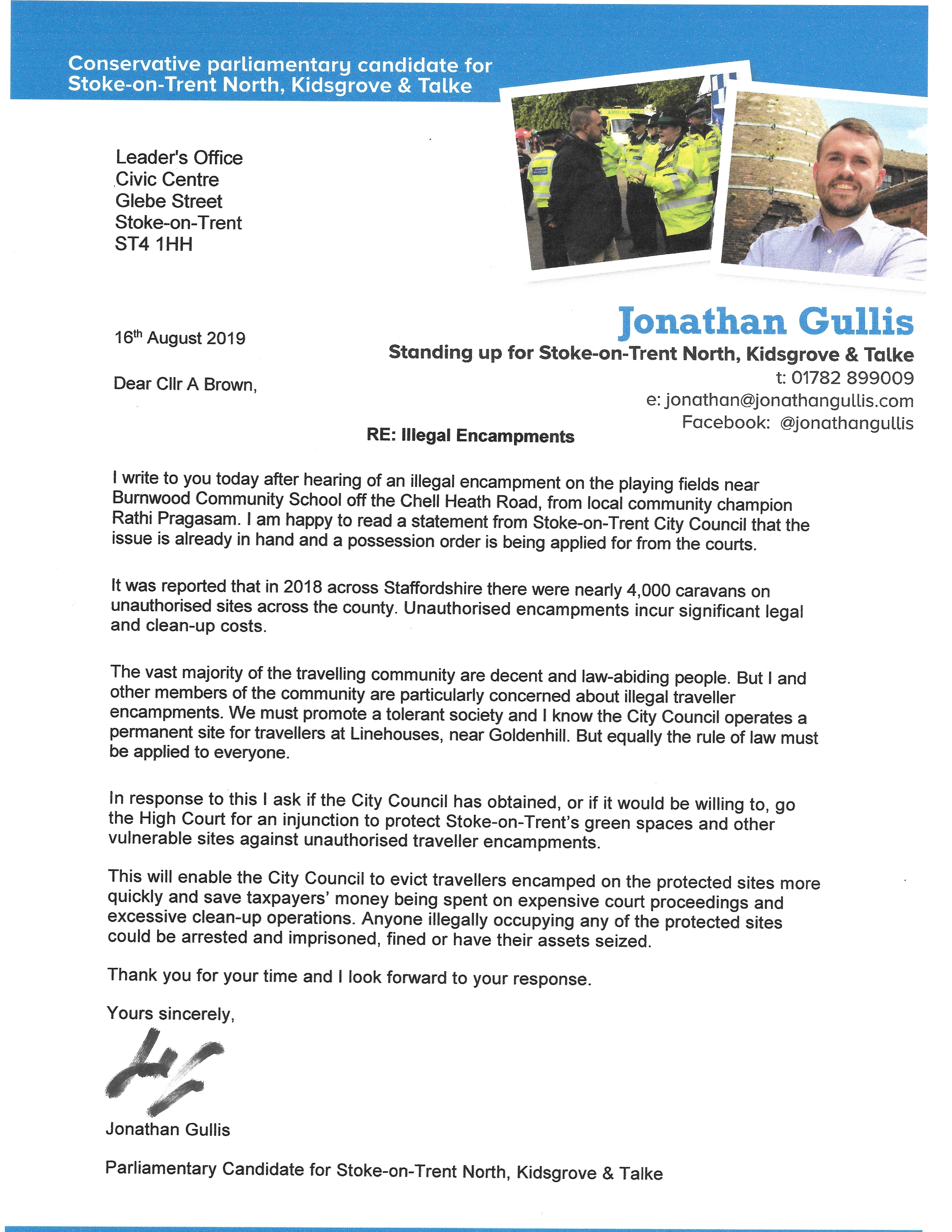 I was delighted to hear this week that The Hubb Foundation has received a grant of £1,500 following my nomination to the Western Power Distribution's ‘In This Together – Community Matters Fund’.