No if's or but's - time to deliver Brexit 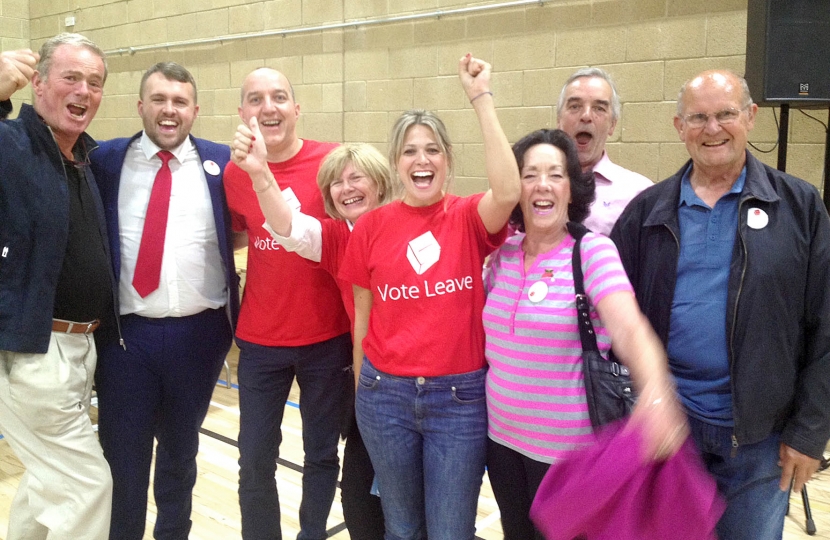 Tonight Jonathan has written to Ruth Smeeth after she backed Jeremy Corbyn and a ‘Remain alliance’ to undermine the UK’s negotiating position in the hope of frustrating or cancelling Brexit altogether.

Politicians can’t pick and choose which public votes to respect. The people of Stoke-on-Trent North, Kidsgrove and Talke overwhelmingly voted to leave the European Union.

Jonathan campaigned for leave in 2016 and believes it is essential that the UK must honour the referendum result and leave the EU by the 31st October, preferably with a deal, but without one if necessary.

Jonathan urged Ruth to vote against Jeremy Corbyn’s surrender Bill, which would threaten Brexit, harm the UK’s interests, cost billions, and hand control to the EU against the wishes of the vast majority of Stoke-on-Trent North, Kidsgrove and Talke.

"Nobody wants this election but Ruth and her colleagues have left Boris Johnson with no choice. I urge Ruth to hold her nerve and vote for the General Election and let’s seek a mandate from the people." 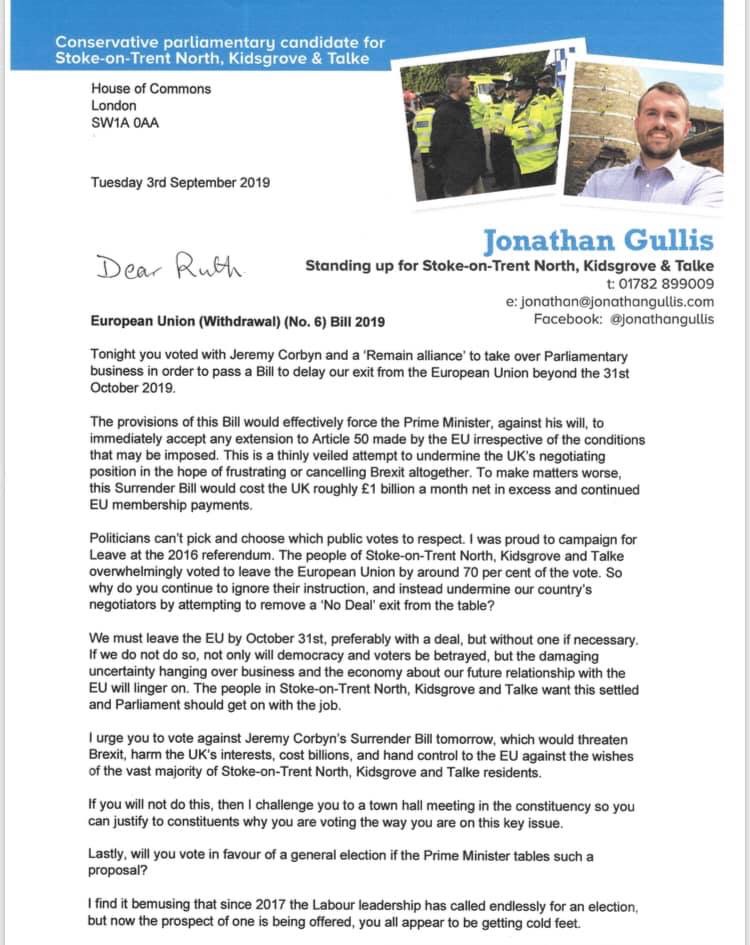 Having written to Network Rail on numerous occasions and raising the fact the Access for All programme had gone nowhere since 2015 in the House of Commons, I am pleased to say I have some updates to share.