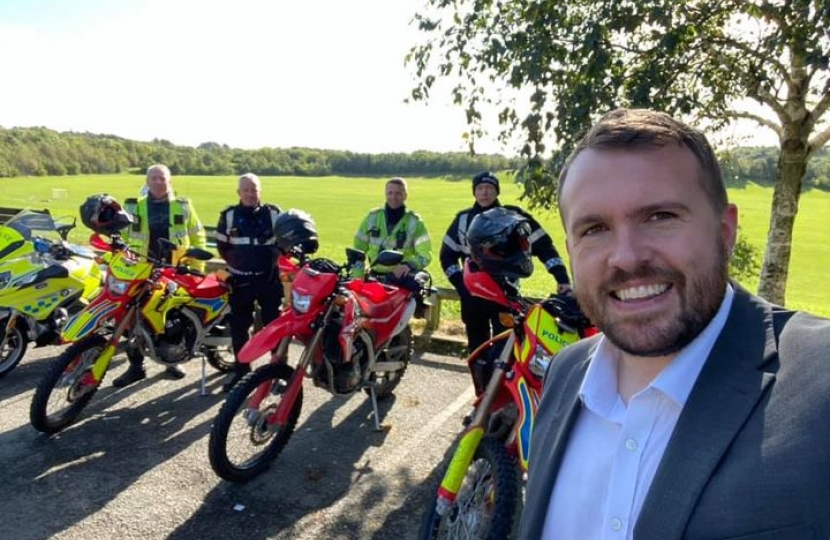 A big thank you to Staffordshire Police for listening to the concerns raised by, Cllr Dave Evans, Cllr James Smith, Cllr Carl Edwards, Cllr Chandra Kanneganti, Cllr Gill Burnett  and I over the continued illegal use of off-road bikes.

Having campaigned with local Councillors to Matthew Ellis Police Fire Crime Commissioner for Staffordshire, we have been able to get a strategy set up, fixed wing plane in the air and Police Officers on off-road bikes, to make multiple arrests and vehicle seizures, across Stoke-on-Trent, Kidsgrove and Talke.

We know this is an issue which a large amount of residents have raised with us and we are glad to have worked jointly with Staffordshire Police to help tackle those who behave in a reckless and dangerous fashion.

Our green spaces are amazing places to walk around, but that shouldn’t be at the risk of serious injury due to the illegal use of these off-road bikes. Those taking part in such activity need to realise the risk to their own and others lives by behaving in such a way.

It has also meant serious damage from ASB has been done to our green spaces, like the football pitches at Birchenwood which Kidsgrove Ladsandads use.

I am jointly working wit Stoke-on-Trent City Council's ASB team to find some other longer term solutions, but reality is that the community much call out those doing wrong.

By working together as a community, with our local Police, we can help to reduce such activity.

Sadly we won’t be able to come together as a community for Remeberance Sunday this year due to COVID-19.