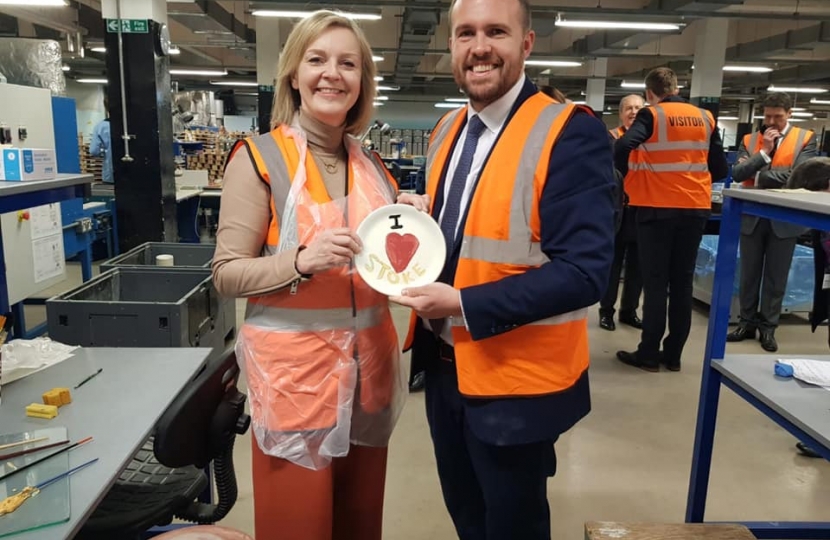 We had a great tour of the factory and had a go at throwing some clay and decorating the plates. I don’t think Liz and I will be hired anytime soon.

However, it was a great oppprtunity to talk about the possibility of an exciting UK🇬🇧 - USA🇺🇸 free trade deal.

Currently ceramic tableware tariffs to the USA can reach 28%. This government wants to remove these tariffs in a trade deal - meaning more jobs and growth in cities like Stoke-on-Trent.

The Secretary of State was also keen to stress ceramics is a very important industry and that the British have a reputation for quality, and she can’t think of a better example of that than ceramics in Stoke-on-Trent.

She reassured the British Ceramics Confederation that the UK will take tough stance the new Trade Remedies Authority will take on anti-dumping measures, which aim to prevent overseas companies flooding the UK with goods sold at below fair market price.