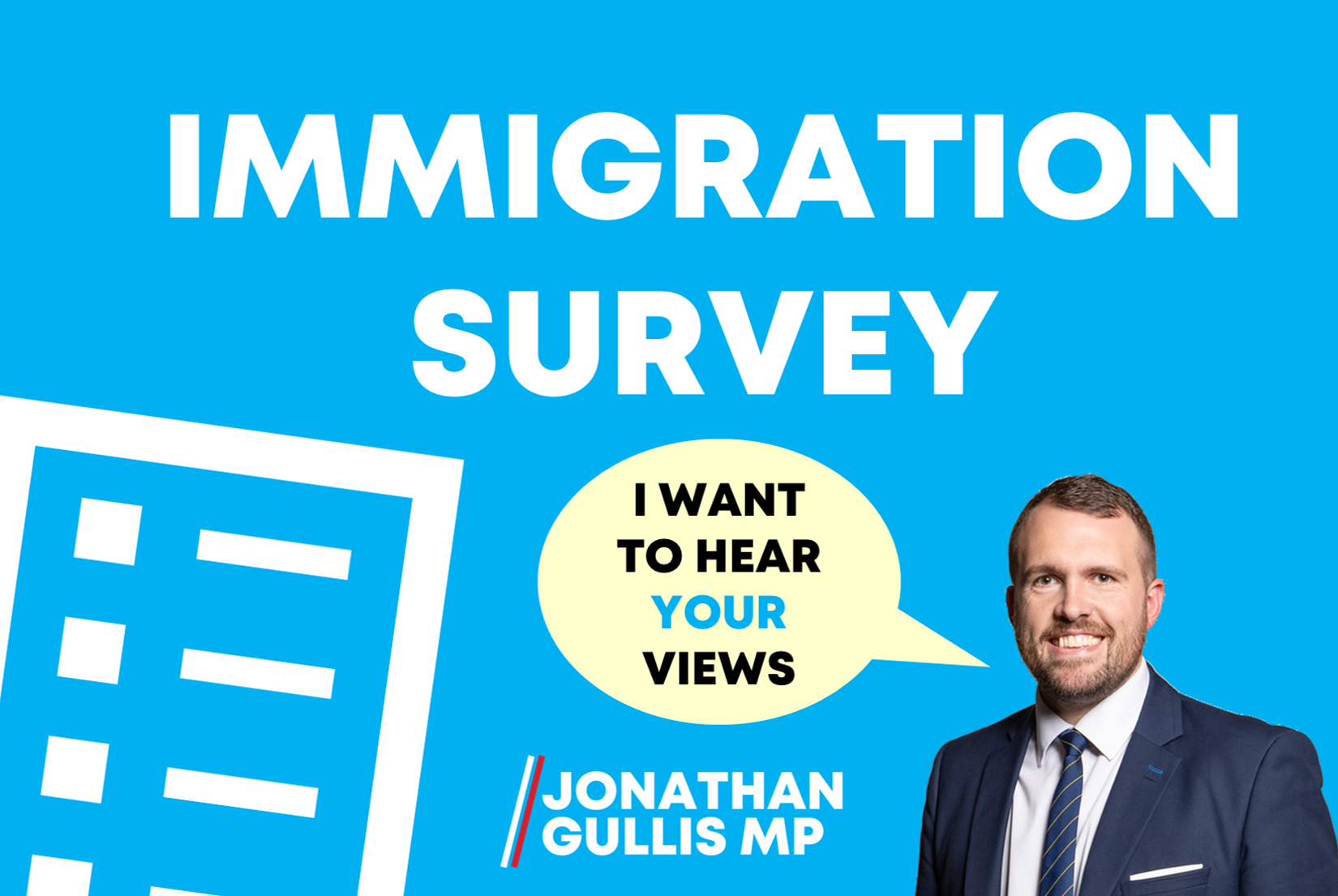 Small boats crossing the English Channel have been in the news a lot recently and I know concern many locally, particularly the use of hotels as temporary accommodation for migrants.

As your local Member of Parliament, I share concerns about the current immigration situation, and want to hear your views about several key issues.

Important steps have already been taken and I supported the government’s Nationality and Borders Act, which the Labour Party tried to block.

But there is much more to do. Channel crossings are continuing, and locally hotels in built up areas are still being earmarked to temporarily house migrants. I am campaigning for a fairer distribution of immigration across the country to avoid Stoke-on-Trent, Kidsgrove and Talke being treated unevenly.

By giving your views, you can help strengthen my hand in stating Stoke-on-Trent, Kidsgrove and Talke’s case that we have done our bit in housing people as part of the Asylum Dispersal Scheme.

Below is a survey which takes a few minutes to fill in.

Once the surveys have been completed, I’ll study the results with my team and share the findings with the government.

So please fill in this survey and help me make the case that we have done our bit.