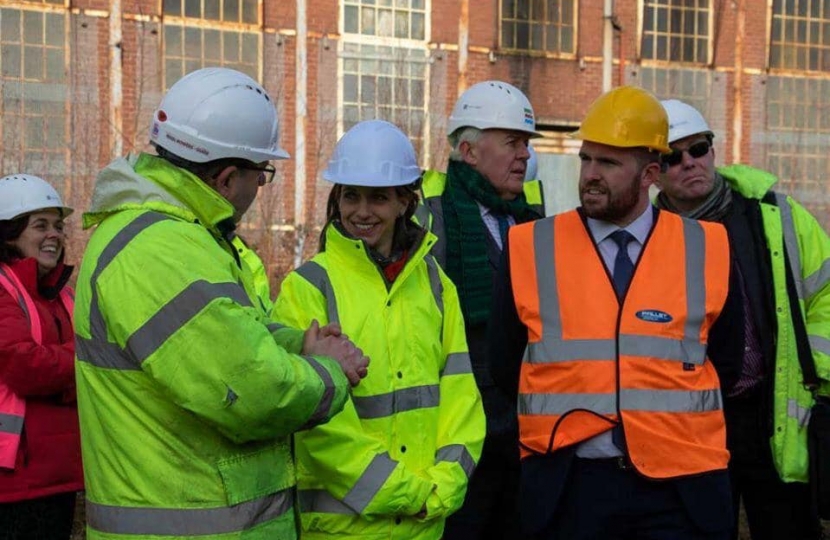 During his maiden speech in the Chamber of the Commons two weeks ago, Jonathan mentioned the importance of preserving industrial heritage sites such as Chatterley Whitfield- which is one of the pillars of Stoke-on-Trent. As one of the oldest and most complete former colliery sites in Europe, and a designated Schedule Ancient Monument, this site embodies the history of Stoke, the UK and the continent.

Unfortunately, when the museum closed in 1993 the site was abandoned. Jonathan has been busy in Parliament championing the preservation and restoration of Chatterley Whitfield and was delighted to welcome the Minister to the City.

Discussions were held today regarding the future potential of the site, and Jonathan was especially pleased to see the ‘Friends’, a fantastic community initiative to support the colliery, present during the tour.

Speaking after the visit, Jonathan said:

“It was an honor to have been able to welcome Helen Whately to Chatterley Whitfield and show off some of the fantastic potential we have here in Stoke.”

“I will continue to work collaboratively, locally and in Westminster, to fight for the preservation of the colliery, and for its long-term security. I would love to see school groups, historians and tourists attracted to this site for its rich past and ability to transport you in time. The colliery is stunning and sharing that with the Minister today, just two weeks after I spoke of the importance of this site in my maiden speech, is a real privilege and I look forward to further discussions in the near future.”